Bernadette will be awarding a $20 Amazon or B/N GC to a randomly drawn winner via rafflecopter during the tour.

Gia Gallow has traveled the world. Her wanderlust landed her in Georgia where she has created a life for herself away from the petty differences of relatives and domineering ex-lovers. Having settled in America, she has a successful business and dear friends—and the attention of both Dane and Russell Walker. Due to her own family’s dramas over dueling hearts, she might have to forget about her feelings for Dane to keep peace within the Walker family, but sometimes even running thousands of miles away can’t keep a heart from going after what the heart wants. And Gia’s heart wants Dane. 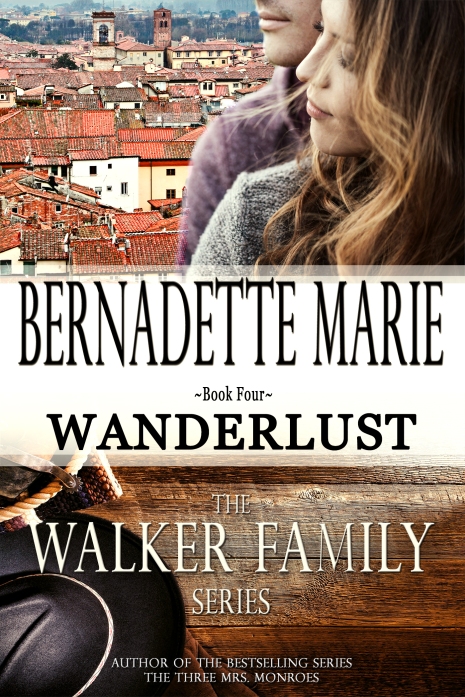 Gia walked around the counter and stood next to him. He was much taller, but she liked that

feeling of having a protector, though she certainly didn’t need one.

She rested her hands on his shoulders and lifted up on her toes to press a gentle kiss to his cheek. “You are more than forgiven.”

His eyes were wide, and she liked that she surprised him.

As she lowered, his hands came to her waist. “That was nice.”

His eyes were searching hers, and she wondered if she were conveying exactly what she needed.

She liked him. She really liked him. Friends were fine, but deep in her gut she wondered if there might be something more.

Dane took a breath as though he were going to say something, but instead he leaned in and pressed his lips to hers.

At first, she expected that he was simply taking the peck she’d given him on the cheek, just a little deeper, but she was wrong.

A moment later his hands moved from her waist, and his arms pulled her in closer as he wrapped them around her—his lips still pressed firmly to hers.

She inched back up on her toes and draped her arms around his neck, leaning into him.

His kiss softened and soon his mouth opened to her and he took possession. Her heart began to beat in the same rhythm as his—she could feel it from his chest to hers.

The protective grasp he had on her loosened as one of his hands moved up her back to the nape of her neck.

Dear God, he knew how to hold a woman, she thought as she sank into the kiss that was

Only the sound of the bell above the door had them pulling apart and the slight gasp from the man that walked in.

Dane winced. “Are you freaking following me?” he asked as he eased his hands from her and she stood back trying to ease her head from spinning.

They both looked at Russell standing in the doorway, a bouquet of flowers in his hand, and a devastated look on his face.

“Guess I should have called,” he said gruffly.

“Nothing. I was just in the area and saw these,” he said holding out the flowers. “I thought you might like them. They’d go nice in your store.”

Gia moved to him and took the gift. “Thank you. They are lovely.”

“I’ll leave you two at it then,” his voice shook as he turned to walk out the door.

Gia turned to Dane, who let out a breath. “I’ll get him.”

Dane went after him leaving her alone with a heart that hadn’t quite stopped racing and a bouquet of beautiful flowers in her hand. 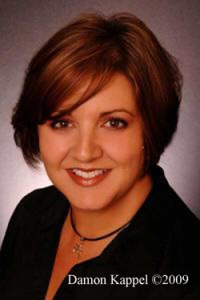 Bernadette Marie has been an avid writer since the early age of 13, when she’d fill notebook after notebook with stories that she’d share with her friends. Her journey into novel writing started the summer before eighth grade when her father gave her an old typewriter. At all times of the day and night you would find her on the back porch penning her first work, which she would continue to write for the next 22 years.

In 2007 – after marriage, filling her chronic entrepreneurial needs, and having five children – Bernadette began to write seriously with the goal of being published. That year she wrote 12books. In 2009 she was contracted for her first trilogy and the published author was born.

In 2011 she (being the entrepreneur that she is) opened her own publishing house, 5 Prince

Publishing, and has released contemporary titles and has begun the process of taking on other authors in other genres.

Bernadette spends most of her free time driving her kids to their many events. She is also an accomplished martial artist, working her way to her second degree black belt in Tang Soo Do.

An avid reader she loves to meet readers who enjoy reading contemporary romances and she always promises Happily Ever After.

1 Response to Wanderlust by Bernadette Marie